I woke up in the dark as I always do during the school year.  I lit some candles, did my morning workout and was pumped and ready to go to school.  As I drove, I passed through a couple of different school districts and saw kids anxiously awaiting their school buses to arrive at their driveway.  I thought, “Hmm…did I really just pass 3 school districts to get to the one I actually teach at?  Who thought that was a good idea when we bought the new house?”…I also wondered what was going through the kids’ heads at the moment.  I remembered the feeling of leaving the house in the morning for the start of a new school year.  You had to have the perfect outfit ready to wear after practically not sleeping at all because you had to keep checking the alarm to make sure it was working.  Your father would hand you your lunch money or bagged lunch at the door and watch until you made it down the street to the bus stop. (You knew he was watching because you kept checking back to make sure he was!  It felt somehow comforting to know that if a crazy neighborhood dog came out of nowhere to jump on you and steal parts of your outfit, your dad would at the very least run into the house for a pan of boiling water or soup to throw on it.)  I wondered if these kids had some of these same experiences.  I was pretty sure that theirs were a little different from mine but I was confident that they were still full of wonder about what the day might bring.

When I arrived at school, the energy in the building was very good.  I said hello to a boy who was standing alone in the stairwell as I walked in.  I thought he should know there was a friendly face around on his first day in a new building.  I asked him his name and told him I was always in the front room if he needed anything. He may have thought, “Who’s that crazy, smiling lady?  Remind me to stay out of this stairwell from now on.”  BUT- I don’t think he did.  I think that he felt comforted to know that people are cool around here.  The kids started coming into my room two at a time to say hello and ask about my summer.  I LOVE these kids.  They were so excited to see me and couldn’t wait to tell me what had been going on in their lives.

As my classes started, the beginning of the year script was quickly set into motion.  There were all sorts of rules that the kids needed to be aware of this year.  We had sat through a VERY long meeting yesterday about all of the new regulations.  I wasn’t sure I knew exactly what they were due to the fact that I found my mind wandering more than once. (Note: Five hours in a room listening to someone talk is not the most productive use of my time.  I do much better if someone just gives me an outline of what needs to be done so I can move on and start applying it.  Over-talking it makes me worry that I might stand up and start yelling random, babbling utterances to just break up the time.)  I was however, able to make it sound to the kids as though I knew what was going on so that was all I could ask.  I explained the cell phone rule:  You can’t use your cell phones in class.  BUT I added my own twist on it.  I pointed to the table by my desk and said, “I bought 20 cell phone chargers.  When you come in, please put your phone on one of them and then go to your seats.”  Now… I’m sure that “rule people” would say that my method is stretching the meaning of “no cell phones in class” a bit and that I should just take the phones!  I just feel like my teaching time is worth more without the fight and negative element of taking something away from a student.  Chargers it was!  The kids were VERY happy about this idea and ran to quickly put their phones up by my desk.  HA!

All in all, the day was great.  My kids sat and smiled and seemed to be ready for a great year.  One boy came up to me after one of my larger classes and said “you’re a cool teacher.”  I smiled and said “Oh! Thank you!  But ‘uncool’ is the new ‘cool’!  Have a happy day!” 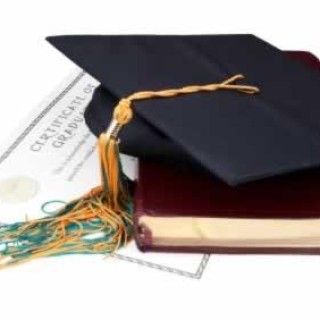 Education...ah yes...Education. As a child, my parents were both teachers. This simple fact seemed to allow for us to have the best childhood imaginable. We were smart, disciplined (as much as any kids who tap dance and sing for their dinner need to be I suppose) and most of all, HAPPY! Our father got home each day at 4pm and our mother stayed home with us. As a family, we made crafts, wrote plays, sang, and spent snow days building snowmen and forts! Anything we wanted to do, we could do with our parents. I know that in today’s economy, this parenting style is somewhat of an old-fashion fairy-tale, but it shows us how much things have changed for children over the last 30 years. It also represents a career that has long since become something more along the lines of a second income than one that afforded a couple to have 5 children with a stay at home mother. Having been a child of a teacher raised family, I was easily enticed into the profession later in life. I started off my adult life as a performer/singer. After a few years I felt like I needed to do something that made more of a difference to the world than singing and waiting for praise from others. Well...That change was 13 years ago for me and every single day in my job had been fun, exciting, a learning experience, fulfilling, and teaching made me the happiest I’ve ever been! Until last year... Please read to join my sounding board for putting the CHILD back into education! Together, maybe we can bring the magic back into one of the once most loved and fulfilling careers!